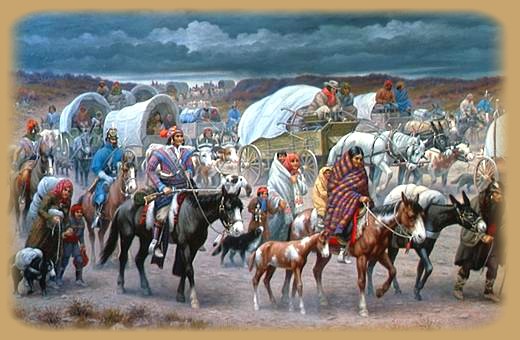 In 1830, President Andrew Jackson signed the "Indian Movement Act", which exiled the tribes from the east to the west of the Mississippi. Gold has just been discovered on their territory. Dozens of nations are Forced to exodus: Choctaws, Creeks, Chickasaws, Shawnees, and then the 15,000 Cherokees of Georgia. From June 1838 to March 1839, they were gathered in concentration camps before being forced to walk to Oklahoma. On this "Trail of tears", 1,300 kilometers long, 4,000 of them died of cold, hunger or disease. Only Florida Seminoles led by Chief Osceola resist deportation. For seven years these 5,000 Indians mingled with black slaves hold a total of 200,000 soldiers! In 1842 they were finally banned in Oklahoma, but a few hundred were entrenched, undefeated, in the marshes of southern Florida. 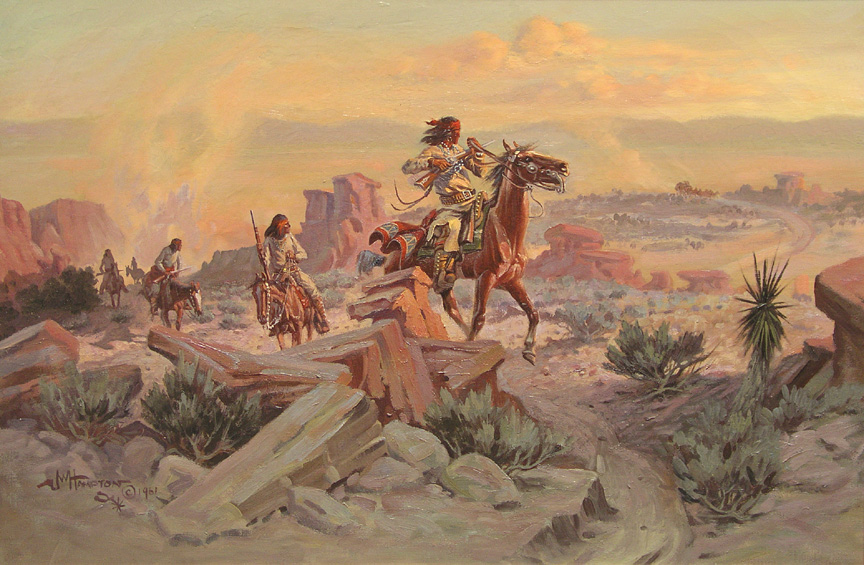 After the discovery of gold in California in 1848, settlers rushed through the southwestern Indian lands causing their revolt.While Colonel Kit Carson subdued the Navajos of New Mexico,Cochise the Apache warrior spread terror in Arizona.In 1874, the old chief was killed, but Geronimo continued the war,launching murderous raids from the Sierra Madre in Mexico for twelve years. In 1886 he was captured at the end of a hunt which mobilized 5,000 US soldiers,One third of the US army.The surviving Apaches are exiled to Florida and Oklahoma. Geronimo died in 1909, still a prisoner of war.

From 1848,settlers who follow,across the American Northwest,the Oregon trail to California,are attacked by the prairie Indians:Sioux,Northern Cheyenne,Arapahos.In 1851, their leaders Signed a peace treaty at Fort Laramie in Wyoming.But the whites did not respect it.The Indians resumed the raids against the convoys and the Forts,sabotaged the telephone lines and the transcontinental railway under construction.The army retaliated Killing 400 Shoshones in 1863 near the Bear River.Peace came back only after the closing of the Oregon Trail in 1869. 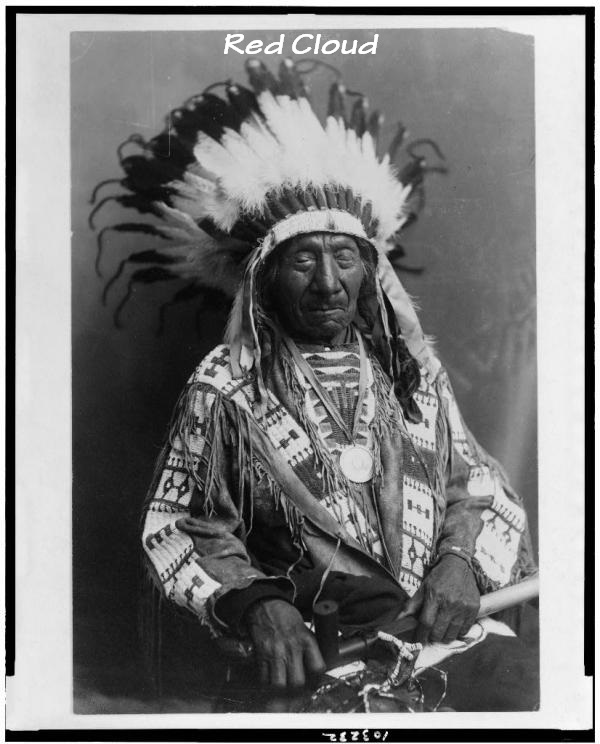 In 1862,gold was discovered in southern Montana.The settlers swept over the land of the Powder River Indian bison hunting territory.The Oglalas Sioux of chiefs Red Cloud and Crazy Horse,supported by Cheyenne and The Arapahos,attacked the convoys on the Bozeman trail leading to the gold-bearing sites.In 1865 they routed a column of 2,000 soldiers and surrounded the Laramie and Reno Forts.The following year they massacred the 80 men of Captain Fetterman at Fort Phil Kearny.The Bozeman trail is forbidden to convoys of immigrants. General Sheridan then decides to exterminate the herds of bison,pillars of the Indian economy.Despite everything, Red Cloud will bend the army.In 1868,Sherman and the Indian chiefs signed a second treaty at Fort Laramie: The whites abandoned the Bozeman trail and its Forts,and conceded to the tribes an huge territory between Wyoming and Dakota.

When yellow metal is discovered on the lands of the Southern Cheyennes,they oppose the invasion of the settlers.Finally, Chief Black kettle retires to the reserve of Sand Creek in Colorado.There,in 1864,militiamen massacred 600 members of his tribe. The killings triggered a series of Indian raids throughout Kansas.In November 1868, General Georges Custer's 7th cavalry attack again the Black Kettle camp near the Washita River,killing a hundred of Indians.The following year,the Cheyenne were exiled to the reservations of the northern plains. 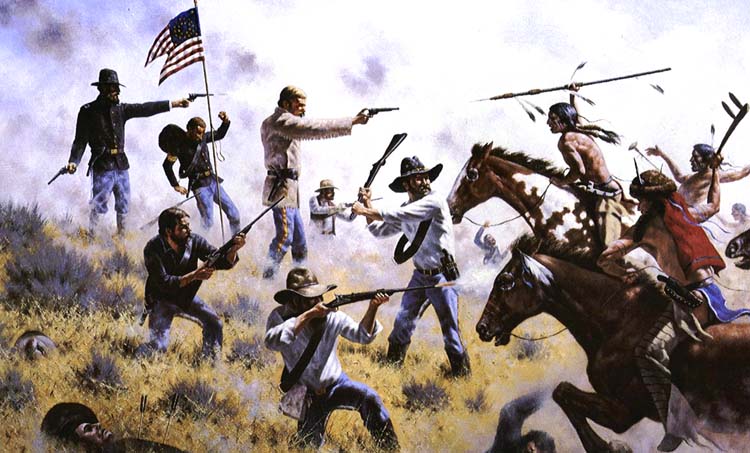 In 1874 prospectors,protected by General Custer,spread to the Black Hills,the sacred site of the Lakotas Sioux,violating the second treaty of Fort Laramie.Under the leadership of Sitting Bull and Crazy Horse,Sioux and Cheyennes unite in June 1876,they killed the 185 men of the 7th cavalry of Custer near Little Big Horn.This Indian victory shocks American opinion.Thousands of soldiers track the tribes of the plains,forcing them one by one to surrender.Crazy Horse surrendered and then was killed in September 1877 at Fort Robinson.Only Sitting Bull escaped capture by taking refuge with 3,000 warriors in Canada.