Gemstones and their virtues

From the great prairies to the mountainous regions of the west through the Mexican border, these wonderful documents give us a picture of how these Indians lived before they were hunted, massacred, deprived of their rights and lands.These photos depict the traditions and ways of life of these peoples, surrounded by natural and picturesque landscapes.

Chief Joseph of his real name Hinmaton-Yalaktit was a chief Nez Perces born about 1840 in Wallowa County, Oregon, and died on December 21,1904 in the Indian Reservation of Colville in Washington State. This man led 750 warriors, women and children across the Rockies for 1 300 miles to Canada, chased by the US Army. He'd been captured a few kilometers from the Canadian border on October 5, 1877.

Bull Chief born in 1825,was a Crow Indian (Apsaroke),with an unknown death date.He never was successful when he was part of war-parties and always returned home with no honor.He and his tribe were deported in the Red Lodge Creek reservation in Montana.

Geronimo or Go Khla Yeh was born on June 16,1829 in the tribe of the Bedonkohe Apache,and died February 17,1909 in Fort Sill,Oklahoma.He was never chief but as a shaman he was a recognized and respected warrior,He had a great influence on the Chiricahuas Indians.Geronimo was known for his bloody raids in Mexico.His tomb would have been profaned in 1918 by the secret society Skull and Bones who would still retain some of his bones in New Haven. 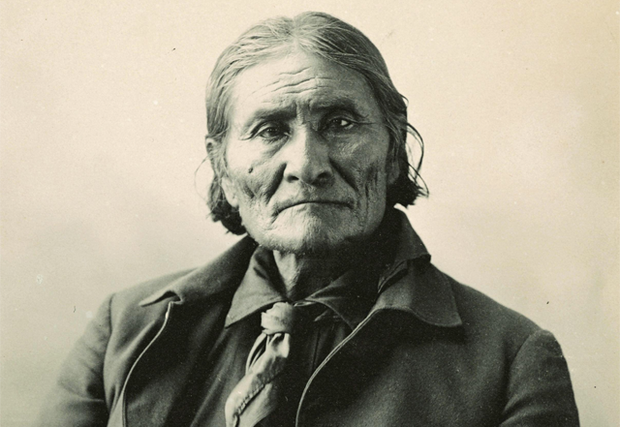 Sitting Bull (Tatanka Yotanka),Indian Lakota Hunkpapas was born around 1831 in South Dakota, and died on December 15,1890 in the Indian Reservation of Standing Rock.In 1868 he was one of the Sioux chiefs not to sign the treaty of Laramie.After the break-up of the US Army treaty, following the discovery of gold in the Black Hills, Sitting Bull led the Sioux uprising, with Crazy Horse and Gall.Rejoined by the Cheyenne tribes, they defeated and killed 168 men as well as General Custer at the Battle of Little Big Horn on June 25, 1876.On December 15, 1890,policemen who came to arrest him on the reservation killed him by shooting him in the back of his neck.

Cochise was a Chiricahuas Apache Indian born around 1810 in Arizona and died on June 9, 1874.In 1861 he was unjustly accused of having abducted a white child by the US Army. Cochise managed to escape,but several members of his Family,are arrested,and he captured 4 Americans to negotiate the release of Apaches,but Apaches and Americans executed their respective hostages.A war that will last 10 years begins.In 1872 Cochise agreed to negotiate a peace treaty and a reservation was created in Sulfur Springs on the Chiricahuas territory,directed by his friend Thomas Jeffords.Cochise lived there until his death in 1874. 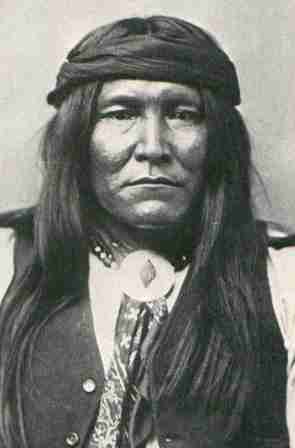 Ouray was a leader of the Utes tribe,born in 1833 in Taos,New Mexico and died in 1880.At the age of 18 he went to Colorado to become a member of the Tabeguache Utes group in which his father became chief Despite his Apache blood,and until 1860 he hunted and fought the Plain Indians.Ouray was considered a great chief because he was able to solve many problems resulting from the coming of the whites.In 1880 he went to Washington in Hoping to sign a treaty in order to keep his land,he failed and the United States moved the Utes to the state of Utah. He died on 24 August of the same year and was buried near the city of Ignacio. 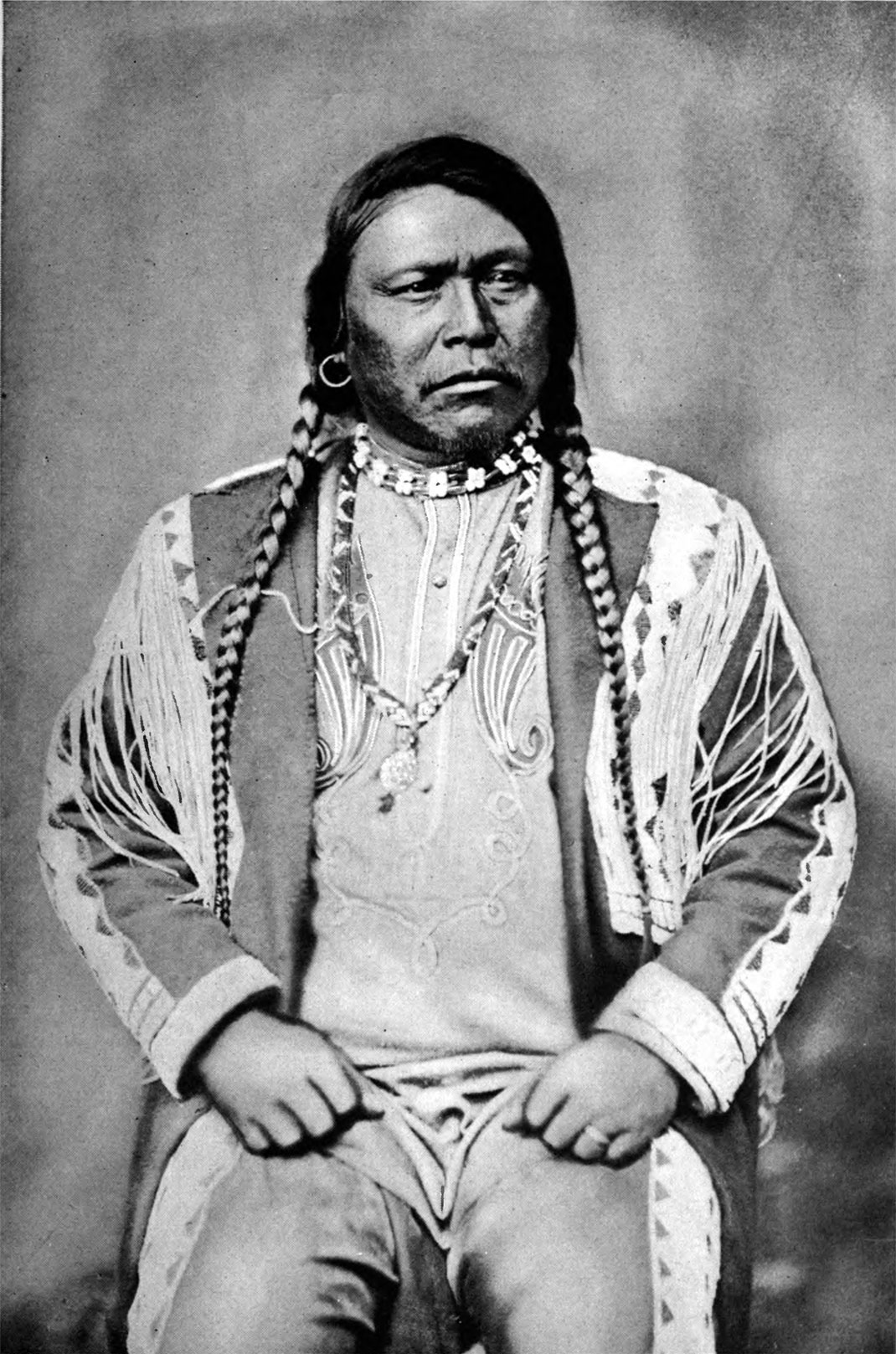 Manuelito (1818-1894) was a Navajo warlord at the time of "The Long Walk of the Navajos."He was known before 1868 for his warlike actions.In 1835,at the Battle of Washington Pass he routed more than 1000 Mexicans and Indians pueblos.In 1872 he was appointed head of the new Navajo police force and met in 1876 President Grant,in relation to the problems that concern the territories guaranteed by the treaty.In 1880 in Santa Fe he suggested to President Hayes To be named "chief of the scouts" in order to control the traffic of Whiskey in the eastern part of the reserve.In 1894 he died as a result of a measles that degenerated into pneumonia. 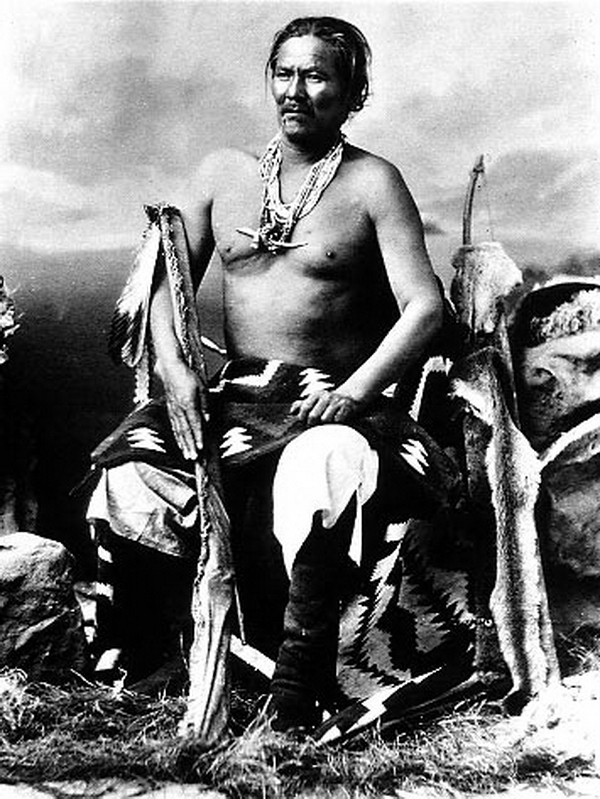 Quanah Parker was born in 1845 in Oklahoma and died on February 25,1911.Son of Peta Nacona and Cynthia Ann Parker,he was a famous chief of the Comanche nation.Quanah refused to sign the treaty of 1867 and entered a savage war against the white peple.It is said that he did not lose any battle during this period.In 1875 he had to realize that the whites were too numerous and too well armed to be defeated and he went on June 2 to Fort Sill in Oklahoma to be placed in a reservation in the southwest of the state. During the next 3 decades he was the unavoidable interpreter of the whites,and became a friend of President Theodore Roosevelt who invited him to his inauguration In 1905.

Also known as Morning Star,Dull Knife was a leader of the Northern Cheyenne,born in 1810 in Montana and died in 1883.He was the ally of Red Cloud against Custer at Little Big Horn.He was also at Fort Kearny,on December 21, 1966,when Captain William J. Fetterman died. He signed the Fort Laramie Peace Treaty in 1968.Dull Knife is considered one of the leading hostile leaders and prosecuted by the US Army.The 4th Cavalry attacks the village of Dull Knife on the Red Fork,about thirty Cheyenne died,and the survivors join the camp of Crazy Horse.In 1878 Dull Knife is apprehended and leads to Fort Robinson where nevertheless they escape,but one of his daughters is killed,they reach Pine Ridge where the Lakotas hide them.In fall he is allowed to join Little Wolf on the Tongue River in Montana where the Cheyennes have the right to reside.He Will remain there until his death in 1883. 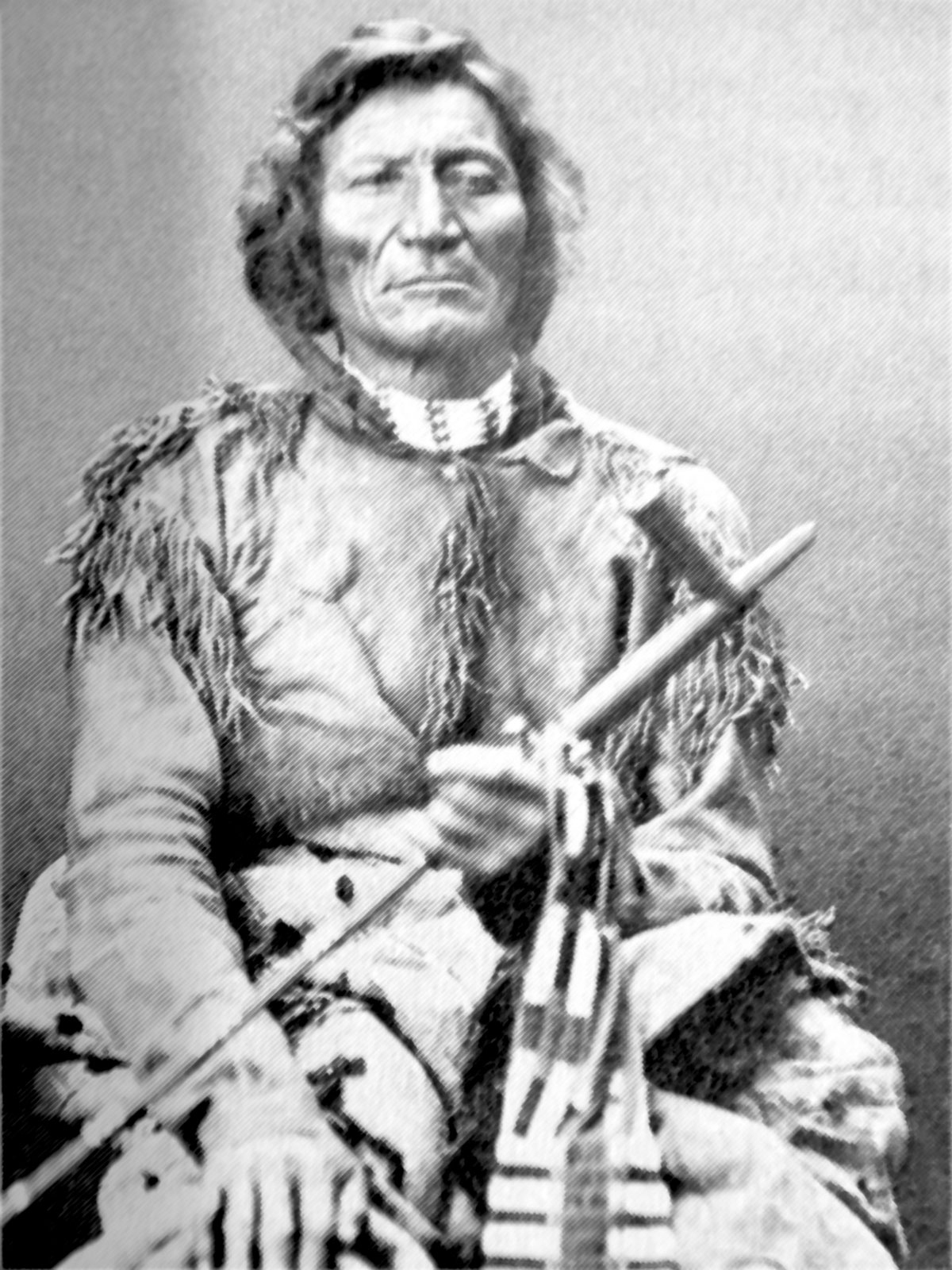 Crazy Horse was a Lakota Oglala Indian of the Sioux people.He is one of the most emblematic and reputed chiefs,he is a hero for the Native Americans.Born in 1840 in South Dakota and died on September 5, 1877.Crazy Horse Take part in the fight led by Red Cloud against the US army who want to occupy Sioux territory.He led the first battle on June 17, 1876, when his army of Lakotas and Cheyennes attacked the 1000 soldiers of General Crook on The edges of the Rosebud River and which a few days later annihilated the 7th Cavalry of General Custer at Little Big Horn with the help of Gall.In 1877 his encampment of the Rosebud River is encircled,he is arrested and taken to Fort Robinson In Nebraska. Pushed into a fort building,thinking to find General Crook to explain himself to him, he realizes that it is a prison,he struggles and tries to escape,takes out a knife he had Hidden on him,but a soldier stabbed him in the chest with his bayonet.Crazy Horse dies in the night.He was buried in a secret place near Wounded Knee.There is currently no photograph of Crazy Horse.In 1948,a huge sculpture was begun not far from Mount Rushmore which is still not completed. The Crazy Horse Memorial should be the world's largest sculpture once completed.

The Flatheads Indian Reservation is located in western Montana,home to the Bitteroot Salish,Kootenais and Pend d'oreilles.The reservation was established on July 16, 1855 with the Treaty of Hellgate.The Flatheads were semi- Nomads,they lived in peace with the other tribes except the Blackfeet.They had come into conflict with them during a migration and the Blackfeet pushed them back to western Montana.In 1805 their leader Three Eagles met the expedition Lewis and Clark, who noticed that the Indians had more than 450 huts and about 500 horses.Horses offered by the Shoshones that allowed them to cross the rocky and hunt the buffalo.The father of Three Eagles,Big Hawk,died During one of these hunt.

During the treaty of Fort Laramie in 1851,much of northern Montana was left to the Indians,but the United States claimed some land in 1874 which included the Glacier National Park.The Blackfoot tribe,also called Pikunis,were Plain Indians,hunting buffalos but they suffered famine when the settlers decimated their only source of life and 600 indians died in a harsh winter.In 1888,the Blackfeet were forced to sell a part of their land to survive.In the mid nineteenth century,the Blackfeet teepees were the biggest one with amazing decorations.It was also a tribe in permanent war with the surrounding tribes and the largest one in Northern America.The Blackfoot reservation,with Browning as Capital,is located east of Glacier National Park and is home of some agriculture,livestock,crafts and tourism.